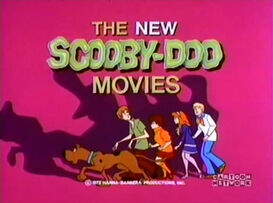 When the Mystery Machine gets stuck in the mud outside The Addams Family Mansion, Mystery Inc. ends up becoming housekeepers for The Addams Family and watching the children while Gomez and Morticia go on vacation in the Okeefenokee swamp. When a giant vulture threatens the house and Wednesday goes missing, it's up to Scooby-Doo and the gang to rescue her and stop the Vulture.

Retrieved from "https://addamsfamily.fandom.com/wiki/Wednesday_Is_Missing?oldid=20546"
Community content is available under CC-BY-SA unless otherwise noted.