The Tale of Long John Addams is the eleventh episode of the second season, and the 63nd overall episode of The New Addams Family.

Long John was in love with Lady Penelope, but she refused to marry him until he proved himself the best pirate. Since the Dread Pirate Sylvia had recently beaten him and taken his plunder, he and Curly recruited a new crew who resembled Wednesday, Pugsley and Lurch. They soon returned when the Dread Pirate Sylvia took his crew, sunk his ship and stole his prized jeweled dagger. Pinky spied on Lady Penelope and revealed that she was Sylvia's secret identity. She agreed to marry Long John and they both retired from piracy to live off her amassed fortune in booty. 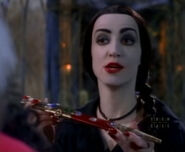 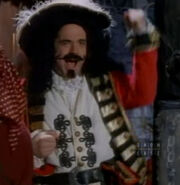 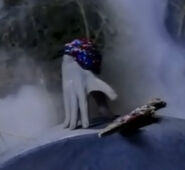 Retrieved from "https://addamsfamily.fandom.com/wiki/The_Tale_of_Long_John_Addams?oldid=19282"
Community content is available under CC-BY-SA unless otherwise noted.