Sam Sedgwick is an acquaintance of The Addams Family.

He crashes his motorcycle into the Addams's yard and is taken in by the family while he recovers. He is knowledgeable about weaponry and not frightened off by the Addams, causing Wednesday to develop a crush on him.

Sam is the son of tycoon Samuel Sedgwick. He runs away from home to become a musician and lands in the Addams' yard along with a manhole cover that Pugsley and Uncle Fester blow off. He is taken into the house by Gomez and Morticia to recover, while Fester fixes his motorcycle. Upon waking up, Sam advises Wednesday on the best range to shoot a crossbow from, sparking her interest. Sam is shown to be wary of some of the Addams' reckless actions, but is not compelled to flee the house the way many other guests are. After Fester initially repairs his motorbike, he runs over Sam, injuring him again. Wednesday then insists on taking care of him and the two become friends.

From Sam's driver's license, Fester learns that Sam is the son of a tycoon. Morticia finds that Sam is about to turn 21, and the Addamses decide to throw him a surprise party. They invite his father, who hasn't seen him in years. Morticia and Gomez convince Mr. Sedgwick that he needs to listen to his son, while Wednesday suggests that Sam talk to his father. At Sam's party, he thanks the Addamses for making him feel like a part of their family. He is then reunited with his father and agrees to have dinner with his parents. Sam then says goodbye to the Addams family, leaving Wednesday his jacket. Wednesday also keeps another memento - the brakes to his motorcycle. 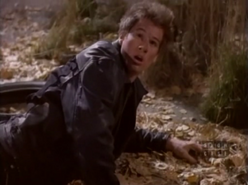 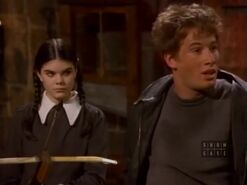 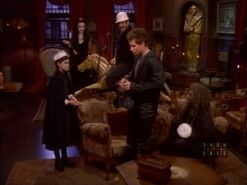 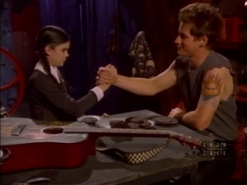 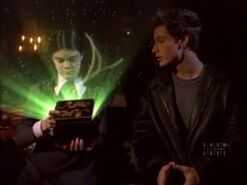 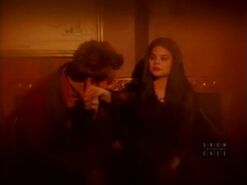 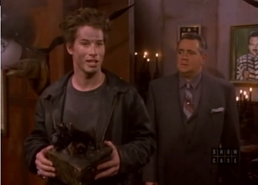 Sam about to reunite with his father 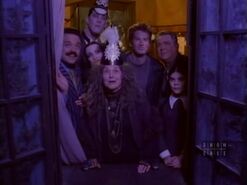 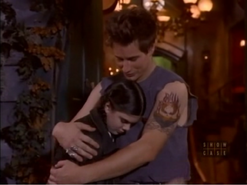 Saying goodbye to the Addamses
Add a photo to this gallery
Retrieved from "https://addamsfamily.fandom.com/wiki/Sam?oldid=15278"
Community content is available under CC-BY-SA unless otherwise noted.