When first introduced, Margaret was less polite and open-minded. Like many other strangers to the Addams Family, she is initially shocked and appalled at their lifestyle. During the seance scene, she is frightened by Grandmama, who uses Thing to trick Margaret into thinking that she had pulled Grandmama's hand off.

During Fester's Ball, her husband Tully, eager to get her off his back, hands her off to dance with Cousin Itt upon his arrival. Margaret is initially repulsed by Itt, as she is with the rest of the family. However, by the end of the night she had completely turned around, falling in love with Itt. Itt's prowess as a romantic immediately changed her disposition to happy and cheerful, as well as embracing of Addams family customs, and she enters into an affair with Cousin Itt.

After her husband's presumed death, Margaret marries Cousin Itt, and is immediately accepted into the Addams clan as one of their own. She maintains her relative normality (with a bright disposition and relatively colorful clothes), although she now completely accepts the ways of her in-laws.

Around the same time that baby Pubert is born in the Addams Family Values, Itt and Margaret are graced by their own child, a miniature version of Itt, whom they nicknamed "What". 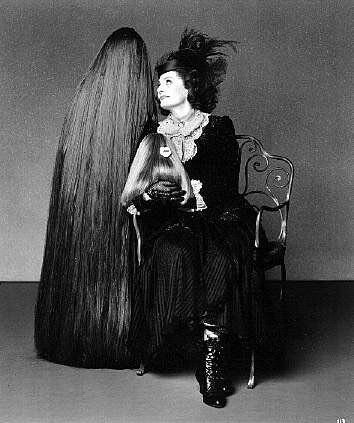