Addams Family Wiki
Register
Don't have an account?
Sign In
Advertisement
in: Games, Video Games, A to Z Index

Fester's Quest is a video game for the Nintendo Entertainment System released in 1989 in North America and 1990 in Europe. It features The Addams Family characters from the original television series.

While moonbathing, Fester witnesses an alien invasion and takes his blunderbuss to save the city. Along the way, Fester receives help from Thing, Wednesday, Gomez, Morticia, Grandmama, and Pugsley, who give him different weapons and items. For example, the Noose will summon Lurch to destroy all enemies on the screen. Fester must travel through the city sewers, enter certain buildings, and defeat enormous Alien Boss characters. Once all five bosses are defeated, Fester must board the UFO and defeat one last boss in order to stave off the invasion. 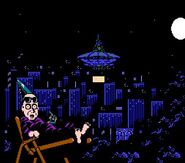 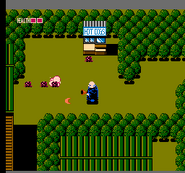 The cover of the comic Graveyard Quest parodies the box art.