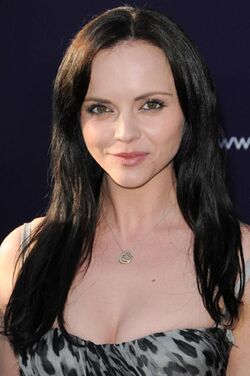 Ricci received initial recognition and praise as a child star for her Addams Family performances, and her role as Kat Harvey in Casper (1995).

Ricci made a transition into more adult-oriented roles with The Ice Storm (1997), followed by an acclaimed performance in Buffalo '66 (1998) and then The Opposite of Sex (1998), for which she received a Golden Globe nomination for Best Actress. She continued her success with well-received performances in Sleepy Hollow (1999), Monster (2003), Penelope (2006), and Black Snake Moan (2006).

In 2006 Ricci was nominated for an Emmy award for her role as a paramedic in the ABC drama Grey's Anatomy. In 2011–12 she played Maggie Ryan in the television show Pan Am.

In 2014, she portrayed acquitted axe murderer Lizzie Borden in the Lifetime television movie Lizzie Borden Took an Ax and the limited series The Lizzie Borden Chronicles, which premiered the following year. In 2017, she took on the role of Zelda Fitzgerald, the wife and muse of author F. Scott Fitzgerald, in the Amazon series Z: The Beginning of Everything.

Add a photo to this gallery
Retrieved from "https://addamsfamily.fandom.com/wiki/Christina_Ricci?oldid=23610"
Community content is available under CC-BY-SA unless otherwise noted.