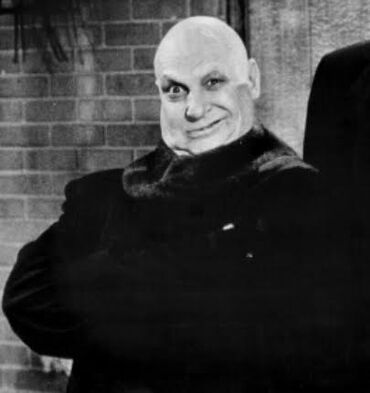 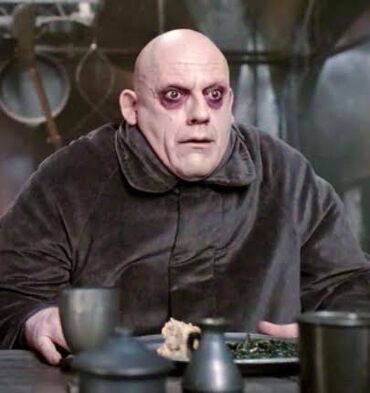 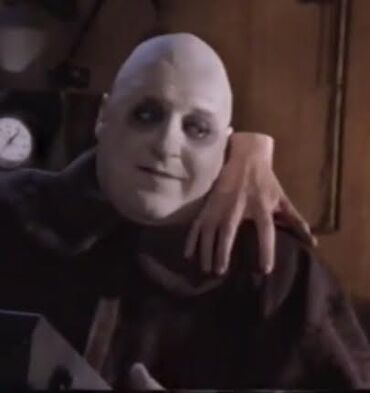 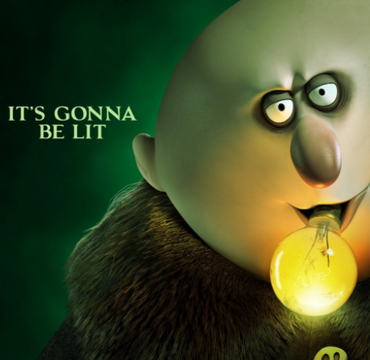 Really? I mean, I can tell you love the sitcom (I do too, what fan of this franchise doesn't?), but in every version, I always found Fester incredibly annoying, excluding Christopher Lloyd's take in the Sonnenfeld movies.

Jackie Coogan absolutely! He had that chaotic, eccentric, goofy, fun side to him when he portrayed the character. He was always smiling and joyful but still scheming and witty, just like comics. Whereas Christopher Lloyd’s portrayal made Fester look like an utter wimp. He was more fragile, nervous, scared, anxious, and in the wise words of Morticia, “unhinged”. Michael Roberts is extremely underrated, i think the personality of his version was great, but however he still wasn’t the right person do to his looks, and by that I’m referring to his age. Fester I believe is around 40 or 50 and Michael looks 20 or even 30, but still not old enough. Nick Kroll on the other hand, his voice acting was absolutely parfait! He had the voice for the character, but still weak on the sides cause it was dependent on his voice, the character itself was all animated but he simply managed to encapsulate or give off the energy with just his voice! Impressive. Jackie is still perfect though cause he has the looks and the voice, all in one while the other actors were lacking some traits. For me, the best to worst would be Jackie, Nick, Christopher, and Michael. All still wonderful actors though! Thank you.

What do you think?